Red Squirrels are the only native squirrel to the British Isle. They can be spotted in the Lake District, Allen Banks in Northumberland, Brownsea Island Dorset, Grasmere Cumbria, Formby in Liverpool and of course the Isle of Wight.

Red Squirrels usually live on their own, however when they give birth to their babies the mother will live with them until they are 12 – 14 weeks old.
Red Squirrels live in nests, called Dreys. These are made from dried leaves, twigs and grass. Normally found in the forks of tall trees. This is where a mother squirrel will give birth to her babies, also known as kittens. The kittens will be born deaf and blind, and it won’t be until they are 3-4 weeks old that their eyes and ears will open. Red Squirrels can live to the age of about 6 years old. However, many don’t see their first birthday. During a Red Squirrels first winter this be a challenging time and unfortunately not all will make it through this season due to the weather, food shortage and disease.

Red Squirrels usually eat seeds from trees, nevertheless it’s always great to supply treats for Red Squirrels in your garden, not only will this help them it will also give you the chance to spot a Red Squirrel. The best food to leave for your Squirrels are hazelnuts, walnuts, pine nuts and sunflower seeds. Apple will always go down a treat for the Red Squirrels also. Do not feed dried food or too many peanuts!
There are lots of places on the Island where you can go Red Squirrel spotting. The best times are either at dusk or dawn but be sure that you are as quiet and still as possible when going to watch squirrels as they will react to any form of movement. One of the best places on the Island to view Red Squirrels is Alverstone Nature Reserve. When we held our Red Squirrel photography competition we asked each contestant where they took their photos and the majority of them said they were captured at Alvestone Nature Reserve. However, there are lots of other locations on the Island to spot Red Squirrels such as Robin Hill, the Garlic Farm at Newchurch, Shanklin Chine, Borth 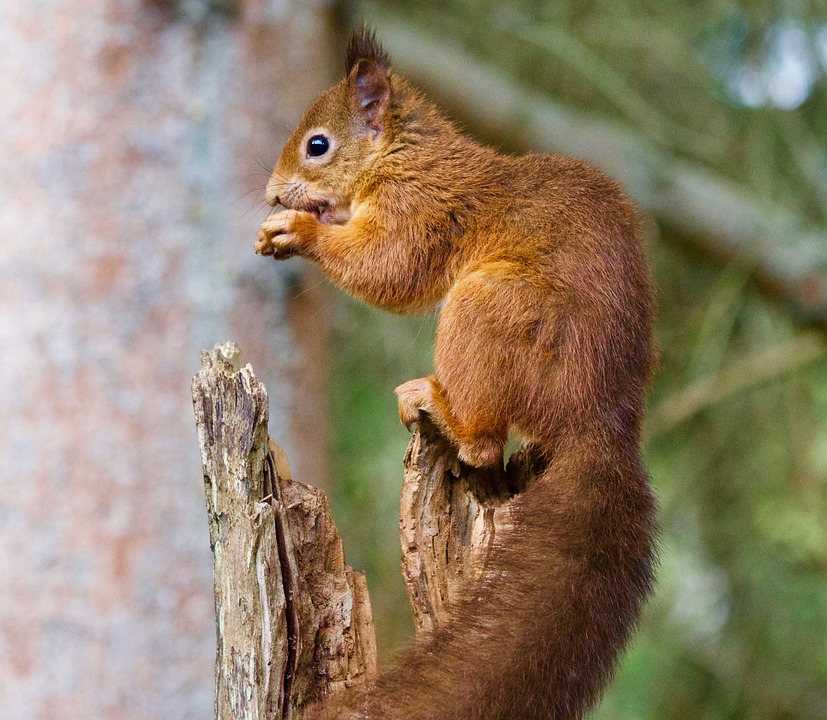 For anymore information on The Isle of Wight Red Squirrel Trust visit their website at- http://www.iowredsquirreltrust.co.uk/

Tel: 01983 521212
Email: This email address is being protected from spambots. You need JavaScript enabled to view it.